Home » China » temple » Shaolin Temple, a destination not to be missed when traveling China

Shaolin Temple, a destination not to be missed when traveling China

Shaolin Temple was the main temple of Shaolin Buddhism in China, has preserved many traditional spiritual cultural features of China, where the beginning of the famous martial art sect, it is a place where people can go to see martial arts performances. If any of us had ever watch some Chinese martial art films will surely know Shaolin temple and the famous martial.

Founded in AD 495 under the Northern Wei Dynasty, situated at the western foot of the Song Shan Mountains, 13 kilometers northwest of Dengfeng City, Henan province, Shaolin Temple not only has an important role in the martial art world but also in literature, film; Shaolin Temple is also a familiar image to the audience. Therefore, each year, Shaolin attracts many travelers to visit and learn. 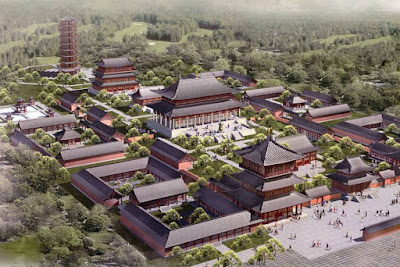 Shaolin Temple embraces many exciting attractions, such as the Hall of Heavenly Kings (Tianwangdian), the Mahavira Hall (Daxiongbaodian), the Pagoda Forest, the Martial Art Training Center, the Dharma Cave  as well as places of worship.

The landscape onto uplink Shaolin temple is very majestic with high mountains, deep passes and a lot of pine trees, cypress surrounding. Triple-gate made by white stone and huge statue of Oshō signaling to travelers are going to enter the main campus of the temple.

Thousand Buddhas Hall is the main shrine. In the yard coner, visitors can admire the stone steles with many holes, recording the merit of those who have contributed to the temple. Legend has it, that's where Shaolin monks practiced One Finger Shooting Zen (an esoteric martial using force passing through fingers to attack the opponent). 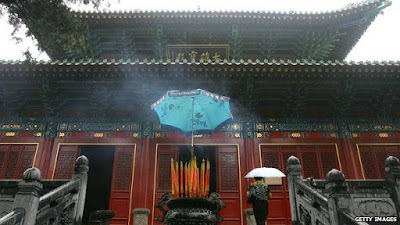 During the journey, tourists can watch the monks at the temple showing Kung fu with or without weapons, Qigong making any one watching must also to admire. 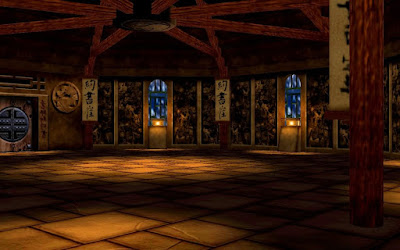 Wanting to see performances of Shaolin martial, you can choose one of two places: the outdoor performances of the students of the Shaolin martial arts school, or the performances of the monks in the hall of the Shaolin temple complex, with seating for people watching.  In that 30 minutes, you will get to witness the different disciplines of Shaolin Kung Fu, which is said to have 708 series of movement, including 552 series of Quan and weapon techniques, as well as 156 other series such as Qi Gong, grappling, wrestling and even attacking a vital point of the body 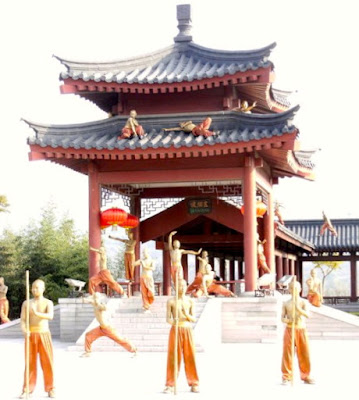 You can visit the Shaolin Temple in any season of the year, because each season has its own beauty. However, if you like sightseeing the temple in purest space, you should come here in the period from March to early April, June, or the beginning of September.
Được đăng bởi visa vào lúc 9:31:00 PM