Places to visit in Myanmar

Yangon (formerly Rangoon) — the former capital and economic centre, known for its colonial architecture and Buddhist pagodas, the most important of them being Shwedagon Zedi Daw - more than 2000 years old gilded stupa covered in gold and decorated with diamonds. 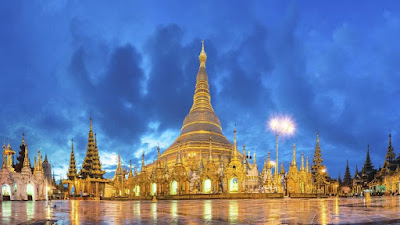 Bagan — the capital of the first Burma Empire and one of the richest archaeological sites in Southeast Asia with thousands of ancient pagodas in the area near the banks of the Ayeyarwady River. 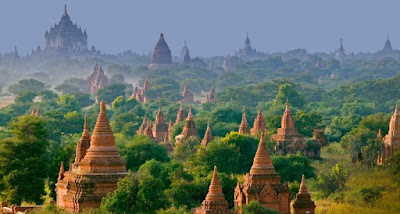 Mandalay — the main economic centre of Upper Myanmar and former royal capital of the last Burmese monarchy built around the Mandalay Royal Palace in the middle of XIX century. 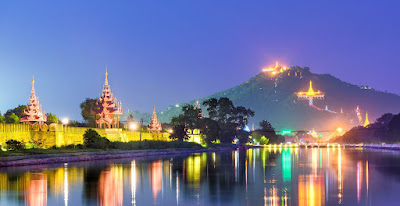 Inle Lake — a large shallow lake located in the mountains at over 900 m above sea level with floating villages inhabited by the Intha people and more than 30 hill tribes live in the surrounding mountains.

Kyaiktiyo (Golden Rock) - a mystical pagoda with a gold-gilded rock perched on the edge of the hill.

Myanmar Visas
Most foreigners require a visa to enter Myanmar. Nationals of Brunei, Cambodia, the Philippines, Indonesia, Laos, Vietnam and Thailand (only via the international airports) are permitted to enter without a visa for up to 14 days, citizens of Singapore – up to 30 days.

E-Visa
An e-Visa service is available to citizens of over 100 countries. A single-entry tourist e-Visa costs 50 USD and is valid for entry during the 90 days after issuance, and permits a 28 days stay in Myanmar. The e-Visa permits admission through the following airports and land border checkpoints: