With 7000 tropical islands, perfect beaches, beautiful nature, why you have not traveled the Philippines. 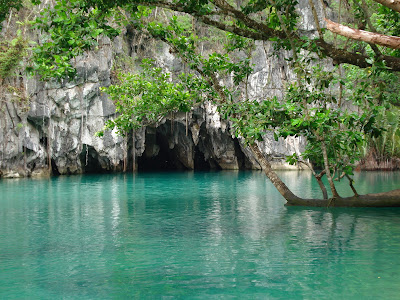 Puerto Princesa Underground River is pride of Palawan residents, it is a beautiful tourist destinations with Island hopping, Honda bay, secluded beaches and many caves


The ancient city of Vigan
The Vigan town is oldest towns  in the Ilocos Sur province of Philippines established in the 16th century, and one of most beautiful cities  in the Philippines, is a world cultural heritage recognized by UNESCO, beautiful architectural features with small roads winding cobbled, the tilted roofs with unique architectural style of the Baroque and the lives of indigenous people ...

Maria Cristina Falls is natural beauty and grandeur  with more than 20 magnificent waterfalls. it is the highlight of many surprises when visiting the city. 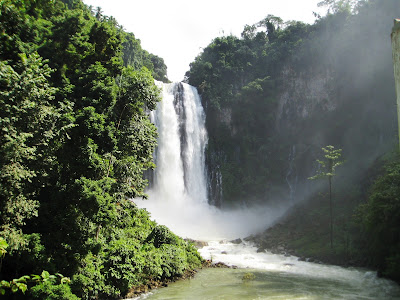 Lake Pinatubo
Lake Pinatubo is a deepest lake in the Philippines, it was formed  when Mount Pinatubo erupted in 1991.  It has become a tourism destination and consider as one of the Top five Most Beautiful Crater lakes in the world.

Chocolate Hill
Chocolate Hill is one of the wonder marvels of creation. With more than 1000 undulating conical hills spread over an area of 50 km², look like giant mole hills, or women's breasts. They are covered with grass, at the end of the dry season, turns chocolate brown. This scene really is the perfect shape making the guests think of a huge chocolate feast, the hills derive their name.

Palawan Island
Palawan is the largest island of the province of Palawan in the Philippines,  is the most beautiful island in the world with the stunning limestone cliffs scattered on the island,  beaches, lagoons and marvellous Jurassic landscape of coves. 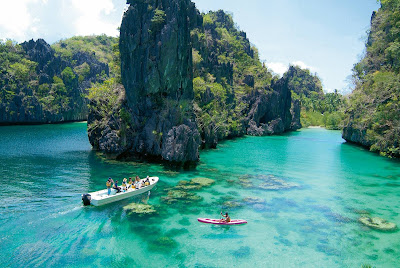