Kecak is a form of Balinese dance based on a traditional Balinese ritual was developed in the 1930s by a German man. 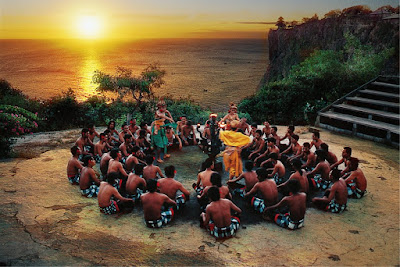 Kecak’s storyline is taken from the Ramayana Hindu epic, integrates complex multi-layers of rhythmic vocal chant, dance and drama, it is performed primarily by men, although as of 2006, a few women’s kecak groups exist. 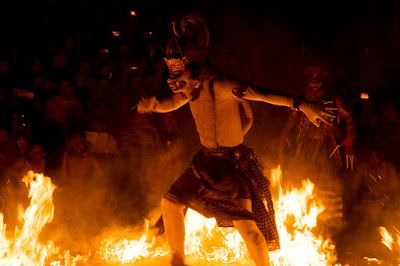 Kecak is performed by a circle of 150 men dressed only in sarongs before sunset, percussively chanting “cak” and throwing up their arms, depicts Vanara helped Prince Rama fight the evil King Ravana.
Được đăng bởi visa vào lúc 1:05:00 AM