Snow Festival (Yuki Matsuri) is regarded as one of the most joyous festival in Sapporo, takes place during the second week in February. Guests will enjoy the art exhibition is the architecture, the famous wonders of the world is made up entirely of snow and sparkling ice, and snow is fun. Snow Festival is organized in three main points of the city of Sapporo’s Odori, Susukino and Tsudome. In it, Odori is the main location in downtown Sapporo. 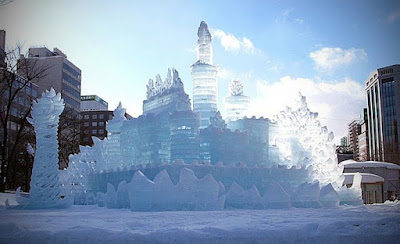 The Sapporo Lilac Festival is a fairly important festival in the city, held in Odori Park and Kawashimo Park celebrating the full bloom of lilacs. Odori Park has about 400 lilac trees, and on the first day of the festival, lilac seedlings are given away to visitors.

There is also a music festival, an outdoor tea ceremony, and a stamp rally. The wine garden serves dishes made with Hokkaido ingredients and locally produced wines. 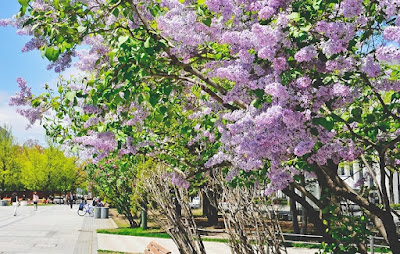 The summer festival
Sapporo Summer Fest is one of the most popular festivals in Sapporo which attracts more than one million visitors every year, runs from July 21st until August 15th held in Odori Park.

The event block sponsored by the four major Japanese beer companies, the best time to enjoy this event is when the sky goes dark, but if you want to have a good seat, go earlier and don’t forget to bring a jacket because the weather gets colder at night. 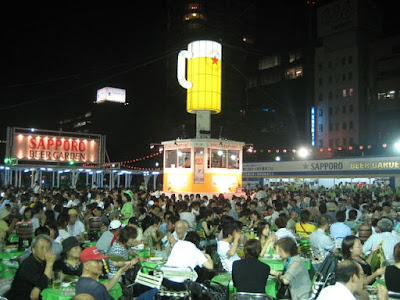 Sapporo Autumn Fest is held in OdoriParkfrom mid September to early October, showcases the richness of food production around Hokkaido and its capital city Sapporo. This event brings you the best opportunity to enjoy a wide variety of foods from all over Hokkaido, such as various ramen noodles, soup curry originated in Sapporo, seafood, and delicious sweets

The Chrysanthemum Festival is held annually in autumn from mid October to mid November in many shrines, temples and gardens throughout Japan. 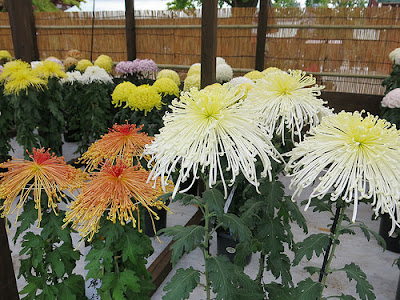 Sapporo White Illumination has become a well known reminder of winter, heralds the coming of the snow season in the capital city of Hokkaido. The lights on trees along Sapporo Station Street will be lit till the end of the Snow Festival. 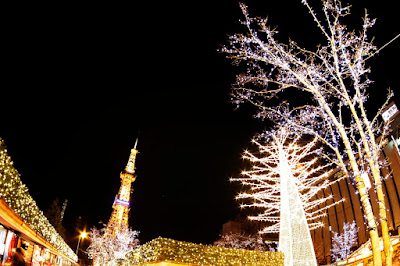