The attractive tourist destinations in France

Victor Noir tomb is a statue of a prominent journalist Victor Noir, located in Pere LaChaise Cemetery, considered a symbol of fertility due to a noticeable bulge in his sculpted trousers.
Women believe that just rubs hand in position "sensitive" and kissed the lips of statue, they will be lucky in having baby, childbirth as well as their sex lives will increasingly sublimated.
After many years, those particular components of the oxidized bronze statue are rather well-worn but only one position that "everyone knows" is still shiny. 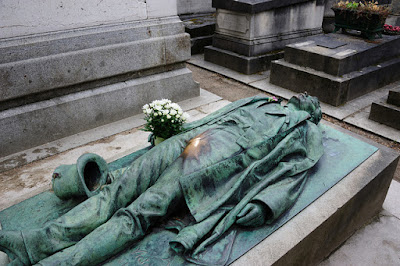 France Miniature is a miniature park located at suburban of Paris, that features detailed 1/30-scale replicas of major French landmarks and monuments. This is where you can simultaneously admire many famous works of France. 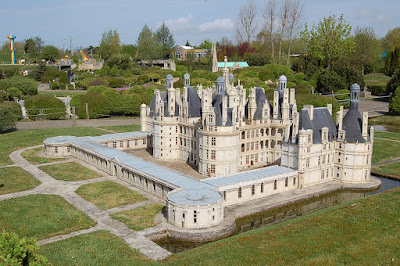 PalaisIdéal is masterpiece that French postal worker Ferdinand Cheval built in the village of Hauterives over the course of 33 years.
According Cheval, he was inspired to build the palace after stumbling across a strange and beautiful stone while walking his route. Over the following three decades Cheval gathered stones on his route and slowly built the sculpture in his garden.
Masterpiece not only carries artistic beauty but it also hides the educational value of the word "patience" in every human when visiting the palace PalaisIdéal. 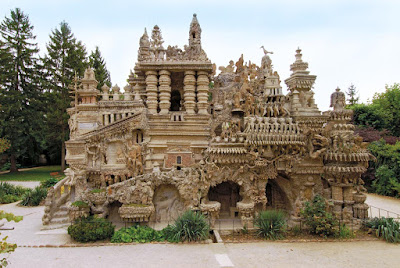 Courchevel Airport is located in the famous ski town of the same name is regarded as one of the airports in the world causing heart attack, it is an altiport in the French alps with a rather challenging runway. The total runway is only 537 meter long with an upslope of 19%. The airport has a dangerous approach, through a large valley, which may only be done by certified pilots. 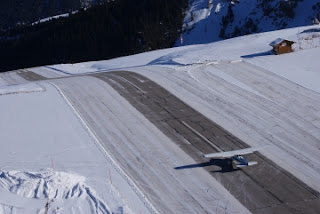 Statue of John Steele stuck on the roof of the church: On the roof the church in SteMèreEglise, Normandy, an effigy of John Steel is usually to be seen on the church. He hung there while the fighting continued on the ground for two hours before being cut down by the Germans, taken prisoner and later released by the Americans. 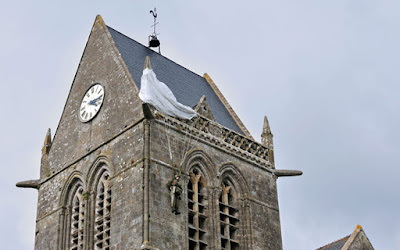 Underground culvert Musée des Egouts: besides the prosperous and bustle of the French's capital, guests will have the opportunity to experience a very different Paris when visit the Paris Sewer Museum Musée des Egouts. This is the underground sewer system that had been considered the most modern in the world and now converted into a museum for tourists to visit. Visitors stroll along open culverts carrying effluent, and who knows what else, from the city streets above. Wear a hat because sometimes those rusty overhead pipes leak

Tomb of Oscar Wilde
Oscar Fingal O'Flahertie Wills Wilde was an Irish writer and poet. He was died of cerebral meningitis in Paris on November 30, 1900
Tomb of Oscar Wilde was named the Tomb of kisses; because the tomb was covered in thousands of kisses covering the entire headstone. 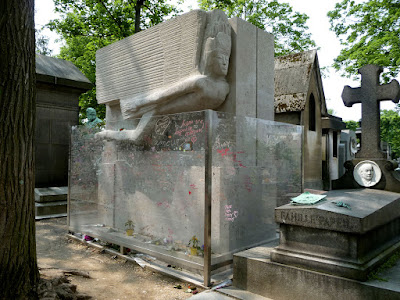