You’ve heard of the island of Koh Samui yet? Ko Samui is the most relaxed and family friendly in Thai island.. 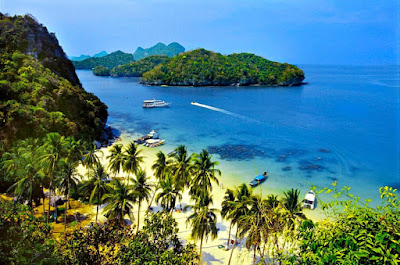 Koh Samui is the island of three million coconut trees

Koh Samuiis a very serene place where you can get in touch with the depth of the bright blue sea with its clear water and unspoiled white sandy beach. The tranquil surroundings will assure you of a peaceful stay in touch with nature.

Koh Samui with an area of 247 square kilometers, the island of Samui is the main tourist destination of Surat Thani province. Well known beaches are Chaweng, Lamai, Bophut, Big Buddha, Choengmon, Hua Thanon and Maenam, Samui’s best beaches line the northern and eastern coasts, the most popular beach on the island by far is Chaweng

Other beaches include Hat Choeng Mon, Hat Mae Nam in the north and Hat Na Thon. At the southern end of Lamai Bay is a stone called Ta Hin Yai Hin. 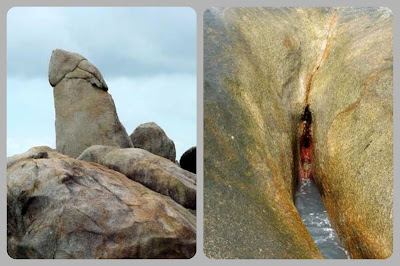 A road connecting the three waterfalls, called Namtok Hin Lat, Lat Namtok Wanon, and Namtok Na Muang, from west to south. The waterfalls are best visited during the rainy season. Riding elephants is a fun activity at the Na Muang waterfall. 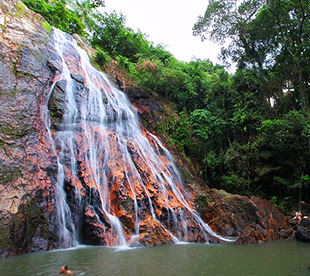 There are several Buddhist monuments and temples on the island: Phra Yai is a huge statue of Buddha sitting in Fan Island; Phrathat Hin Ngu is a stupa containing the relics of the Buddha and the Chedi Laem So a golden stupa on the west coast, and the Khunaram Wat Luang Pho Daeng corpse without decomposition.
Được đăng bởi visa vào lúc 10:17:00 PM